The management route to sustainably providing that is demonstrated by the North Umpqua—no hatchery plants and moderate harvest on winter steelhead that does not exceed about 20 to 25 percent of the run size. Moderation is the key to sustainability and which, of course, was the original tribal practice. We have to be able to prove that wild fish can provide modest, steady harvest. But you cannot expect pie in the sky. McMillan: My theory is the reason that we can never go back is that we have developed predator populations that specialize in eating the hatchery smolts that go out.

It took predators about a decade to build breeding colonies around the golden opportunity for preying on massive numbers of hatchery fish flooding the estuaries at once. It provided the easiest way to make a living they ever saw. And once those predator levels built up, we can never go back to what the productivity level was like in the s.

And wild fish have to outmigrate as smolts through this same increased horde of predators with increased losses. Our reliance on hatcheries has created this whole disruption of the natural ecosystem.

If we get rid of the hatchery fish, it will not take that many generations to get the wild fish back—if we provide that early-return component the opportunity to exploit what appear to be their advantages. In looking at the tribal harvest data, the Skagit still has enough early steelhead to build recovery on that return in December, January and February. 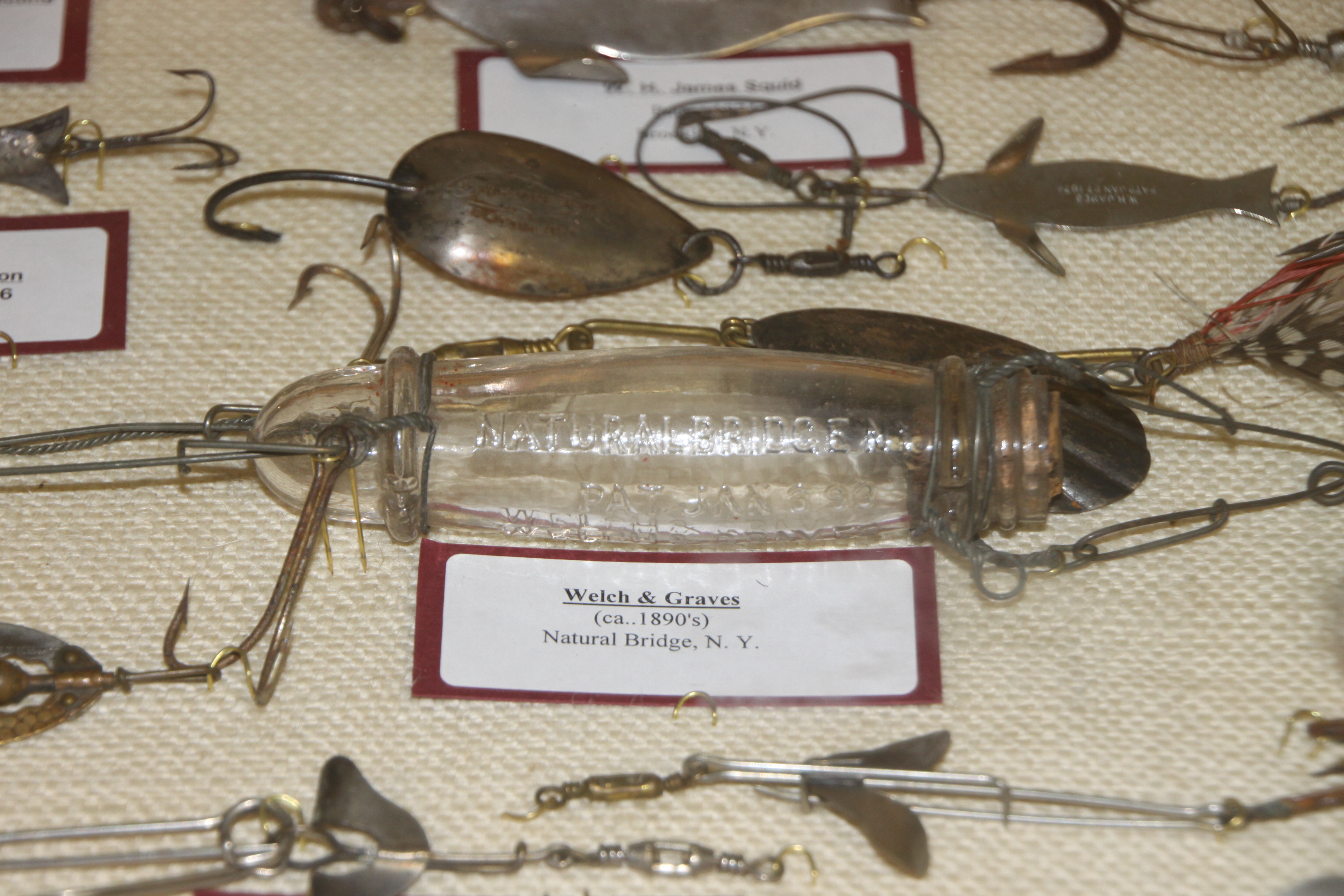 Even my own fishing data indicates that in January is when one can well expect to begin encountering wild fish in predictable numbers. The tribal harvest data indicated that considerable numbers of January steelhead are caught. This is what Skagit recovery has to build on. McMillan: The Skagit basin is one of the more hopeful places in Washington due to quite extensive habitat for steelhead remaining and the relatively low human population in Skagit County.

The forest above looks like it was detonated. It may take a century for its degraded channel to recover if we were to once make the decision to effectively alter forest practices to allow channel recovery to occur in that time. But wild steelhead, in the absence of hatchery fish, will make better use of what remains in Finney Creek and other degraded creeks than they have in the past.

Yet there are huge areas of intact habitat on the Sauk, the Suiattle, the Cascade and all the other upper tributary streams.

McMillan: Yes, indeed. One of the big surprises in the recent Skagit study is that most of the hatchery interaction is taking place in all these little tributaries throughout the basin—that is where the hatchery fish are predominantly going to interact with the wild fish. And it is showing up in the genetics. There were the studies done on the Skagit that tie in, one a genetic study and one a spawning study. The spawning study indicated that at that time—when they were doing spawning surveys in , and —from 65 to 80 percent of all Skagit River steelhead spawned in the small tributaries.

Most spawn in the main stems. This suggests to me that this shift is another reason why we are now missing early steelhead. The early steelhead must have historically spawned early in these tributaries. These small streams are vital for spawning. But they tend to diminish in the summer. Thereafter the Skagit itself provides vast areas of rearing space for creek origin juveniles. As the streams dried up, the juveniles had to migrate out into the Skagit.

They theorized that the main stem Skagit provided the rearing while the tributaries supplied the spawning habitat, but even at that time the main Skagit was considered to be greatly underutilized rearing steelhead. This is where I base my estimate that the wild Skagit steelhead future has much room for recovery success. How about the dam fluctuations—do you think that has a influence on the river for spawning? McMillan: Not so much on steelhead spawning, but the fluctuations do greatly impact the chum and pink salmon below the entry of the Baker River due to operation of the Baker dams.

The flows are daily turned on and off into the Skagit with common dewatering of salmon redds downstream—so the steelhead are affected in the diminishment of salmon that provide nutrients. Young steelhead are ultimately dependent on chum and pinks, primarily for nutrients to sustain them through the winter. After juvenile steelhead migrations out of the Skagit tributaries, what are they going to feed on? What it used to have, historically, was tons and tons of pink and chum salmon dying and providing egg and carcass nutrients. So the dam fluctuations are damaging in that way.

Remember the Baker River salmon kill back in , when we got front-page coverage in a number of major newspapers on both coasts? McMillan: At the time, Puget Sound Energy was fighting their federal relicensing agreement, which they had to have in place by They had been resisting doing anything about modifying or providing minimum flows to the Skagit. They were saying that their only obligation was to the Baker River. What they were providing the Baker River was trucking the adult sockeye and chinook upstream of the dams where there was still productive habitat. Trucking of steelhead, however, was not consistently done.

The lore and lure of eclipses: Blood, sex and a case of the munchies

They claimed that dewatering the lower Baker was doing no harm. Their stocks took a big hit. That was a big wakeup call and subsequently became more negotiable on flow agreements. The agreements on minimum flows coming out of the Baker are predicated on their finishing installation of two more generators at the powerhouse which will include an ability to provide more gradual up and down ramping rates as well as not to go below a minimum flow standard.

Before they had no minimum flow standards. The relicensing agreement indicates that the Baker is not to go below about 1, cfs discharge into the Skagit sometime in Construction presently continues as the deadline fast approaches to get those two generators operational and minimum flows met. That will help, particularly if they operate their generators the same way that Seattle City Light does on the upper Skagit.


As power companies go, Seattle City Light is the best case example of any dam managers that I know for making progressive changes in the way they operate dams for fish. Chinook and chum and pink salmon have all dramatically benefited between Rockport and Newhalem in the area of primary Seattle dam influence. While ESA-listed chinook salmon have stablized in the upper Skagit, influenced by dam operations, everywhere else in the Skagit basin they continue to decline at about six percent per decade.

In fact, at the time when Dave Pflug and Ed Conner [Seattle City Light biologists] had their upper Skagit paper published in the mid s, chinook were actually increasing slightly in that section of river.

Both pink and chum salmon have dramatically increased in that section. Prior to the s, Seattle City Light was still doing some of the same things as Puget Sound Energy was on the Baker—dewatering, leaving flows off all weekends, and generally making fish production ineffective. McMillan: Until recent years, steelhead had not responded as well as salmon. But, then again, steelhead were not as immediately affected by the changes in how flows are operated on the upper Skagit.

Their redds are made in the spring, when flows remain predictably high with snow run-off throughout the summer when fry emergence occurs. The biologists do chinook spawning surveys there by jet boat in August and September. They mark each of the redds and they take a GPS reading of where each of those redds is. Those closest to the bank are the ones that they are particularly concerned about—the location of the redds sets the limit of how low the flow is allowed to get on dam release.


Their numbers have stabilized. And pinks and chum have really benefited. One of the reasons why steelhead have not demonstrated marked increases in numbers is that they spawn in spring with very little likelihood of dewatering on through to July and even well into August. In recent years, steelhead numbers finally have been increasing in the upper Skagit basin.

In fact, is looking to be an especially high count and this gradually increasing trend in steelhead redd counts has been occurring since about or so.