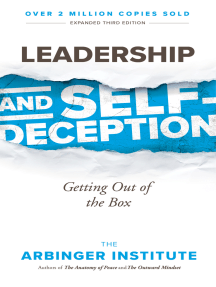 
A number of commentators blame Abraham for receiving this booty at Sarah's expense, based upon clear deceit, and then for not returning it when his ruse is discovered For them, this is evidence of Abraham's pagan background showing through. The truth is: Life is messy. Church people are often quick to judge, to find fault, to tell you what you should be doing, even though they don't know what's it's really like to be in your situation.

Fortunately, God knows and God cares. Abraham's action doesn't seem to be either honorable or faith-filled. It was the act of a man hoping to survive. But God is his judge, not we. So Sarah is taken into Pharaoh's palace harem and becomes his wife The scripture doesn't say as it does in the case of Abimelech in that Pharaoh didn't consummate this marriage.

Now Abraham and Sarah are separated. God's promise of blessing, land, and offspring seem remote. What God had begun seems to have floundered. Pharaoh and his household get sick. In his inquiry to understand why, Pharaoh discovers that he has taken Abraham's wife as his own and is being punished for it. Pharaoh is angry.

He blames Abraham for not telling him the essential truth -- that Sarah is Abraham's wife -- rather than that she was his sister. Because Pharaoh senses that he is being judged for taking Sarah, he doesn't punish either Abraham or Sarah, but instead sends them out of Egypt to fend for themselves in what may be a still-famished land.

Yes, the famine may still be present, but Abraham and Sarah are alive, together again, and free. They survive and end up richer than before. What effect did this have? What was God seeking to accomplish through this affliction? Did it have the desired effect?

Abraham's Deception in Gerar Before we examine the rights and wrongs here, let's look at a similar situation that happened 25 years later. Previously, Abraham has been living near the great trees of Mamre near Hebron Gerar is a Philistine city at the edge of the Negev desert. We aren't told why Abraham was staying in Gerar, but Isaac went there once due to famine, so that seems like a good possiblity in Abraham's case, too.

Abimelech "my father is king" is either the title applied to Philistine rulers or the name assumed by the ruler of this city-state, since both Abraham and Isaac encountered a king named Abimelech there many years apart. While in Gerar, history repeats itself. Abraham again calls Sarah his "sister" and the king "sent for Sarah and took her" -- that is, he abducted her.

Orders people not to molest either Isaac or Rebekah. Gifts because of Sarah Pharaoh treats Abraham well -- sheep, cattle, donkeys, slaves, and camels. None reported Not applicable Expiation None 1, shekels of silver, plus sheep, cattle, and slaves None Expulsion Sent away with wife and possessions. I conclude that each of these stores, strange as they might seem to twenty-first century ears, represents a different incident in the patriarchs' lives.

It is sobering to see how seriously God sees adultery -- that is, having sexual intercourse with another person's spouse:. In our day adultery is looked on negatively, as a moral failure, as "cheating," and perhaps grounds for divorce, but scarcely criminal. God sees it as a sin punishable by death and a sin against God himself Because Abimelech wasn't aware of Sarah's married status and hadn't had sex with her, God shows him mercy.

Can God forgive a person who has committed adultery? Abraham the Prophet and Healer , 17 This passage shows Abraham in a new light, as both a prophet and a healer:. It seems strange to us that God honors Abraham in Abimelech's eyes by calling him a prophet whose prayers for healing[11] God will give heed to.

Nowhere is there a hint of censure towards Abraham. Based on Hurrian practices described in the Nuzi texts, Speiser believes that certain wife-sister marriage customs, practiced in Haran where Abraham had lived, help explain Abraham's actions:. However, where true or not,[13] this observation seems irrelevant to Abraham's situation, since Sarah was already a half-sister by blood and the Egyptians and Philistines recognized no such wife-sister distinctions.

I wouldn't call Abraham's and Sarah's deceit honorable. But I am uncomfortable being their judge. Their deceit is condemned by two pagan kings, but do the kings speak for God here? Here are the pertinent factors to consider in the ethics of the situation:. Are the kings ethically in the clear? They have taken by force what is not theirs to take. Abraham believes they will take his life, too, if they know the truth. The kings are not guilty of committing adultery wittingly, though God afflicts them for their guilt in the matter.

Everything Good. Verified purchase: Yes Condition: Pre-owned. Skip to main content. About this product. New other.

Cotton Malone and his fifteen-year-old son, Gary, are headed to Europe. As a favor to his former boss at the Justice Department, Malone agrees to escort a teenage fugitive back to England. But after he is greeted at gunpoint in London, both the fugitive and Gary disappear, and Malone learns that hes stumbled into a high-stakes diplomatic showdown--an international incident fueled by geopolitical gamesmanship and shocking Tudor secrets.

At its heart is the Libyan terrorist convicted of bombing Pan Am Flight , who is set to be released by Scottish authorities for "humanitarian reasons. Except, perhaps, Operation Kings Deception. Run by the CIA, the operation aims to solve a centuries-old mystery, one that could rock Great Britain to its royal foundations. Is it a strong enough love to survive the lies and deceptions that have occurred?

And let's not forget the danger that Tyler is trying to protect Mackenzie from, all the while not knowing where it is coming from, who is behind it. I can't wait for everyone to read the conclusion to Mackenzie and Tyler's story. I hate to say this, but Tyler has most definitely become my most favorite Burnham brother! I was privileged to receive an ARC of this book from the author in exchange for my honest review.

Firstly, it is essential that you read Chasing the Dragon first to appreciate this book. Slaying the Dragon is a great conclusion to the Deception Duet series, the author brings us a brilliantly crafted suspense filled espionage style read that pulls on every emotion with an angst filled yet hot love story at it's core.